The Solpod Mini product series is Solpod’s rail-based rooftop solar solution.  Smaller than our larger redeployable solar pods, the Solpod Mini is suitable for a wide range of rooftops. 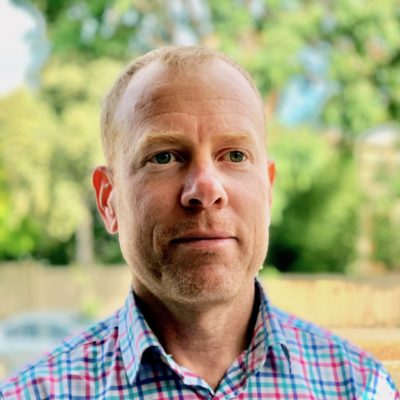 The Solpod Mini is ideal for an east west orientated solar rooftop installation.  An east-west orientation of solar panels helps optimise energy generation during the day.  Although a north facing rooftop solar system generates more electricity in total, the energy generation is concentrated to the middle of the day.

The below shows an east-west oriented Solpod Mini installation, with a ‘concertina’ visual profile:

Solpod was founded in 2017 by a team of solar executives.   One of Solpod’s innovations is the Solpod Mini design, a solar rooftop mounting solution that is multi-functional.

James Larratt, CEO and Founder of Solpod said: “We set ourselves the goal of manufacturing in Australia the best assembled on-the-roof solar mounting solution.”

Mr Larratt said to AuManufacturing Magazine, about Australia’s world leading solar PV research: “It’s developed a whole cohort of people that are now leaders in what in Australia is a two billion dollar-plus industry.”

Brent Balinksi in AuManufacturing magazine, said: “Clean energy is an area of strength for the nation, and recognised by the federal government as one of a half-dozen National Manufacturing Priorities.”

The Minis are manufactured in Dandenong, part of the South Eastern Suburbs of Melbourne, an area well regarded for its manufacturing.  Read more about Solpod’s Australian manufacturing here.

Solpod is proud to support Australian innovation and industry.  To find out more about our solar products on offer, please contact info@solpod.com.au or call +03 9089 0753.

One thought on “The Versatile Solpod Mini”